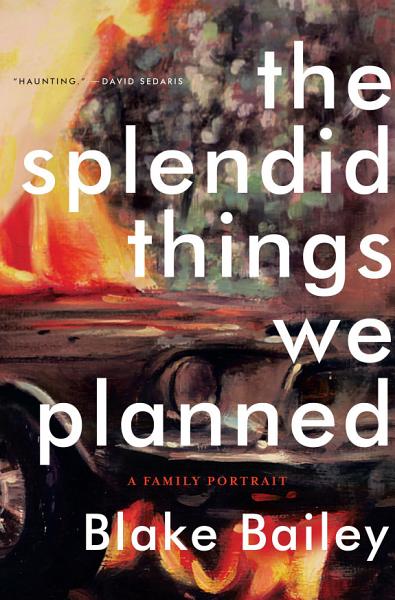 The Splendid Things We Planned: A Family Portrait

The renowned biographer’s unforgettable portrait of a family in ruins—his own.

Meet the Baileys: Burck, a prosperous lawyer once voted the American Legion’s “Citizen of the Year” in his tiny hometown of Vinita, Oklahoma; his wife Marlies, who longs to recapture her festive life in Greenwich Village as a fetching young German immigrant, fresh off the boat; their addled son Scott, who repeatedly crashes the family Porsche; and Blake, the younger son, trying to find a way through the storm. “You’re gonna be just like me,” a drunken Scott taunts him. “You’re gonna be worse.”

Winner of the National Book Critics Circle Award and finalist for the Pulitzer Prize, Blake Bailey has been hailed as “addictively readable” (New York Times) and praised for his ability to capture lives “compellingly and in harrowing detail” (Time). The Splendid Things We Planned is his darkly funny account of growing up in the shadow of an erratic and increasingly dangerous brother, an exhilarating and sometimes harrowing story that culminates in one unforgettable Christmas.